The first time he hit our TV screens, Ben 10 was only 10 years old. Released in 2005 on Cartoon Network, Ben 10 is an animated TV series featuring young Ben Tennyson, a hero in the making still unaware of his destiny.

During a camping trip with his cousin Gwen, an intellectual, and grandfather Max, he discovers the extraterrestrial rescue capsule that will change the course of his life forever.

There he discovers the Omnitrix. This magic watch allows him to fight evil villains, and assume the forms of different aliens. By turns, Ben will take on the forms of "Savage", an alien devoid of eyes but with particularly good hearing and smell, "Biotech", a hi-tech alien, or "Spectral", a phantom alien.

The success of Ben 10 is such that the cartoon has been followed by a franchise, not to mention the two Emmy nominations the series has garnered.

Following the cartoon's success, various clothing and accessories have been created based on it. As a wholesaler, supplier and manufacturer of children's clothing, we offer our customers this stunning Ben 10 license, every little boy's favourite. This is the must-have license for e-merchants, retailers or resellers of boys' clothing. Our Ben 10 apparel and accessories are priced at manufacturer prices and delivered in no time. 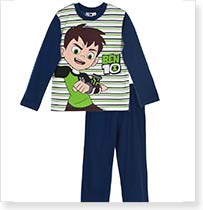 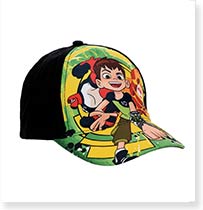 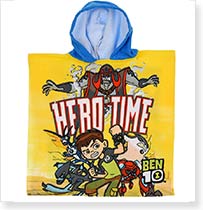 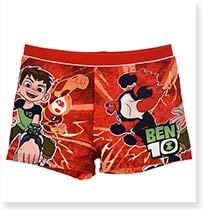 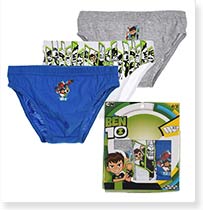 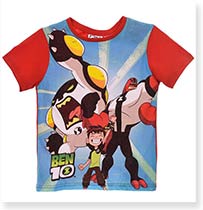